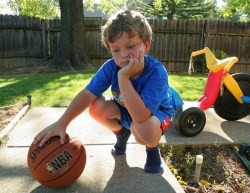 Procrastination has quite a bad publicity online these days. People start to understand how dangerous it is and how bad it can get over time if you don’t do anything about it.

However, the thing is not nearly as dangerous as some people want us to believe it is. There’s actually a very simple way of using procrastination to your benefit and turning it into something positive.

But before I can tell you how to do it I need to make sure that we’re on the same page here… So what procrastination is actually?

As it turns out, Wikipedia has quite a good definition of procrastination, which isn’t the rule for every entry. Here goes:

In psychology, procrastination refers to the act of replacing high-priority actions with tasks of lower priority, or doing something from which one derives enjoyment, and thus putting off important tasks to a later time.

This, in plain English means that you’re procrastinating when you’re doing something else than you should be doing.

But there’s still one subtle thing worth mentioning here. You are not procrastinating when you’re doing nothing, instead of doing what you should be doing. You are simply lazy.

The issues of procrastination

One of the main moments when you feel the need to procrastinate is when there’s just so much stuff to do that you don’t know where to begin.

Therefore, the first solution is:

Schedule less tasks for any given day

Yea, it really is that simple. And don’t get me wrong, I’m not telling you to reduce the amount of business you’re able to take care of every day. I’m just saying that you shouldn’t fool yourself and schedule tasks that won’t get done anyway because a day has only 24 hours.

Also, and I’ve been saying this in many of my other posts, schedule only one critical task per day.

A critical task is something you absolutely have to do in order to be able to say that your day was effective. Only one critical task really is enough.

So, what to do when procrastinating on the critical task?

This is the biggie here. I can’t just say “don’t procrastinate,” can I? This isn’t that simple.

No matter what you do, you will always find yourself procrastinating from time to time. You just have to deal with it.

This is the perfect chance to get some other stuff done. Just because you’re procrastinating, doesn’t mean that you have to spend your time on Facebook.

Take a look at your to-do list or any other form of time management you use and look for other things you can do in the meantime.

Choose small tasks that are easy enough for you to do even if you’re right in the middle of your big procrastination session.

After a while, you should have some of those simple tasks done, and then you might be able to switch to the critical task – one you’ve been procrastinating on.

Now hear me out. The idea here is to simply get going. Getting started is always the most difficult part of work. Once you’re going, you’re going. Switching to your critical (and likely difficult) task should be a lot easier once you have some other work done.

The key to making procrastination your friend is to notice the moment when you start procrastinating. If you manage to do this, you’ll be able to seize it and put it to good use.

One final thing I want to share with you. And that’s one of the most undercover kinds of procrastination – procrastinating by consuming information.

Whenever you start working on some task you’ll most likely need to have some resources set in place (information, tools, etc.). At some times, you’ll have to go online and learn a new thing or two.

This is the moment when procrastination usually kicks in. At some point, you’ll start fooling yourself and consuming more and more information, convincing yourself that you absolutely need it to get the task done.

No, you don’t! Remain careful, conscious, and consume only the bare minimum of information you need to complete a given task.

That’s pretty much it. Just by doing the above three things (scheduling less tasks, procrastinating by doing simple tasks, not procrastinating by consuming information) you will improve your productivity and effectiveness significantly … just like I did.

Of course, your mileage may vary, but I’m sure you get the idea. I encourage you to try it out for yourself.