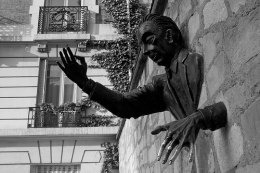 Well OK, maybe not the most, but it’s still pretty counterintuitive. I don’t intend to keep you hanging, so let me just go ahead and tell you what the advice is:

Instead of looking for an untapped niche, enter one that’s already crowded.

For some of you, this isn’t counterintuitive at all. People who have been around any kind of business for a while know that joining an existing market is often much safer than finding a new one.

Finding some new, untapped niche, on the other hand, is a trap many first-time entrepreneurs fall into. At first, it seems like a great idea… “nobody is doing what I’m about to do, there’s no competition, people will buy my stuff and make me rich.” Unfortunately, the world doesn’t work that way.

No matter if you’re an online entrepreneur or operate in the traditional environment there’s one thing you should keep in mind.

Let me put it this way. Do you really think that you’re such a genius that no one has ever come up with the idea that you’ve just had?

Of course, sometimes that is the case. Like once every 1,000,000 ideas, or something (that’s when new Twitters and such are born).

However, most of the time, chances are that other people who have already been in the situation you are right now have stumbled upon the same ideas. In essence, people are very similar, and when they get put in similar scenarios they often come up with similar ideas.

So if someone has already come up with the same idea in the past and they are not here right now in the present then it’s a clear indication that the idea is not so brilliant after all.

Here’s a counterexample. If you stumble upon an idea that a lot of other people are putting into life right now then it means that the idea is indeed working, and that people are making money implementing it.

Maybe it’s just me, but I’d rather find myself in a situation where there are already people making money from something I want to start doing too, rather than be in a situation where I’m the first one, not knowing whether there’s any sense in what I’m about to do or not.

But let’s take it slowly. If you don’t share my opinion, let’s take a look at some advantages and disadvantages of entering a niche that’s already crowded.

Advantages of going into crowded niches

First of all, there’s the most obvious reason possible – there are other people already making money from something you’re about to do.

If they are making money, chances are you can make money too if you play the game equally well.

More than that, you are entering a market which you can analyze and research. You can see what works and what doesn’t (by looking at what your competition is doing). You don’t have to do any guessing, you can do some competition analysis and you end up with a set of marketing and sales practices that are already working for others.

If the niche has been around for a while then people – customers – are already familiar with a certain range of products. Most of the time you don’t have to convince them why your new shiny thing is just what they need. If your product is similar to what your competitors are offering (and slightly better, hopefully) then customers will already see the value in it.

This creates another benefit. The price range for your line of products is somewhat set. You can use this in a variety of different ways.

You can set your prices at a similar level and play it safe for a start. You can also set your rates much higher and aim for the hi-end customers. Or go the other way around and try to sell as much products as possible at a lower price. This is something very difficult to do when entering an untapped niche.

Competition is good for yet another reason. You can always try to turn your competitors into partners. The exact rules and strategies you can follow will vary for each business, but in the end, partnering with a former competitor is often a great way of multiplying your profits.

Crowded niches also have an army of affiliates. This is something new niches don’t have at all.

It always depends on the niche, but for many online businesses, affiliates often generate the majority of the profits. In essence, affiliates are people who earn their living by promoting other people’s stuff. This implies that promoting is what they are best at. You, as a business owner have to be decent at many different tasks, but having someone partnering with you  who’s great at promotion is really good for profits.

Finally, there’s the most obvious benefit of them all. Your chances of succeeding are a lot higher when entering an existing niche.

First of all, if you’re joining a crowded niche then that’s exactly what you’re doing. Your competition can make it hard for you to be noticed and make any significant money.

That’s why you have to choose your niche wisely. It can’t be too crowded. What’s “too crowded” depends on the niche, so there are no fixed boundaries, but using your own judgment and some common sense is probably a good starting point.

If there are some big players in your niche then the margins are likely to be pretty low already. This can make it difficult for a new player to join the game. Again, depends on the niche…

Another difficult thing you might stumble upon is becoming a leader. Of course, you don’t have to be the leader to make money, but being one creates a lot of new opportunities. For instance, you have people reaching out to you with various offers and partnerships instead of the other way around.

Some final words. I am no expert here. This is just an idea I’ve had for a long time now. People who have spoken with me about it have usually agreed with my point of view, and I’ve decided to finally write about it to get your opinion as well.

So the question is: do you agree? Do you find existing niches to be better than new, untapped ones?