Big title, right? How can I possibly deliver on such a statement?Well today, I bring you Rocky. Or Sylvester Stallone if you prefer to use his real name.

Sly is one of THE action film heroes. He seems to have been around since forever. My entire childhood was filled with his movies. I saw all the Rocky movies, all the Rambo movies, and now I’m enjoying the new Expendables movies probably more than I should. 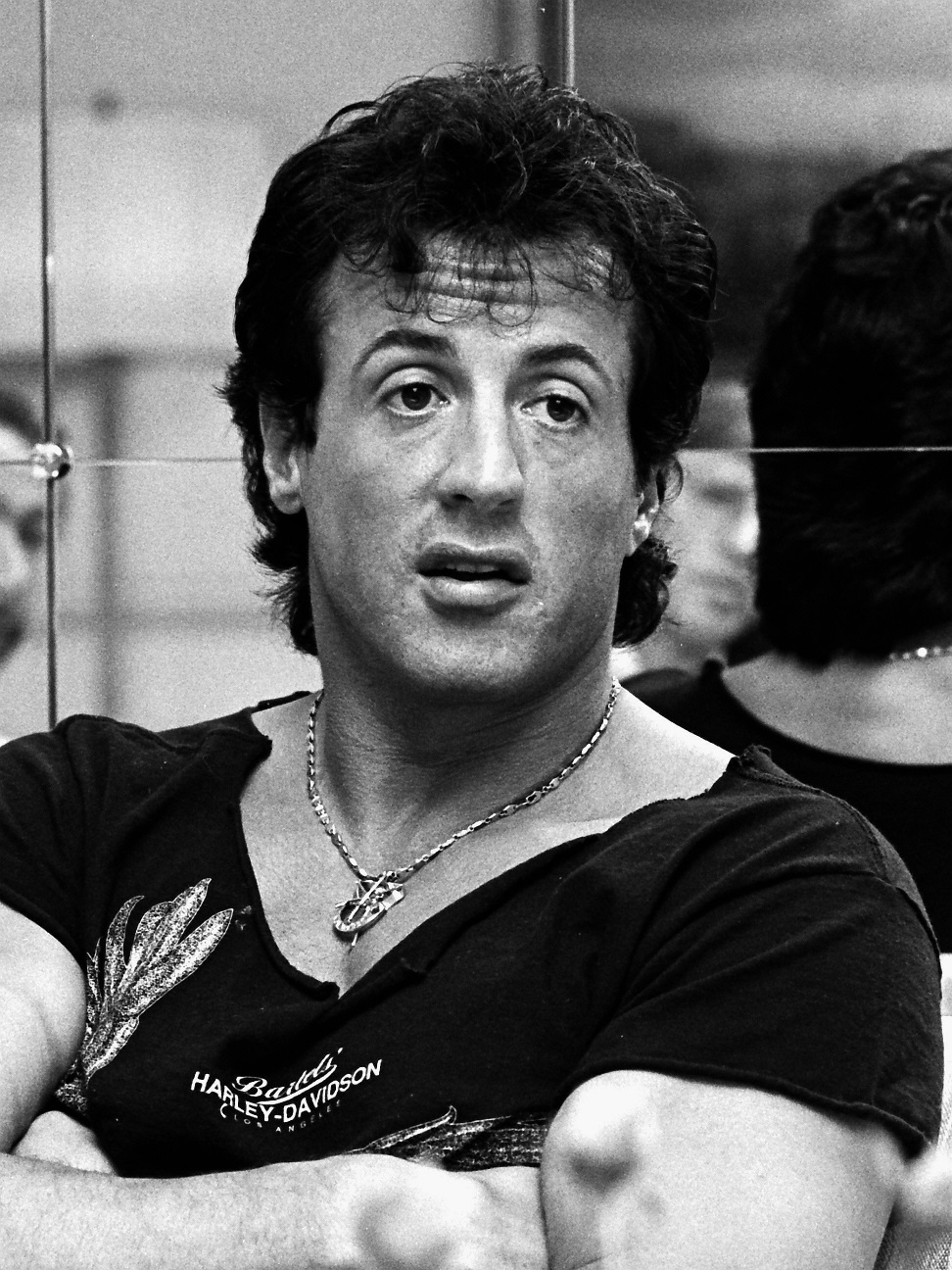 But Sly’s career, like everyone else’s career, had to start somewhere, right? By the time I was old enough to be able to watch movies and have fun doing so, Sly was already a huge star, so I couldn’t experience his story firsthand as it unfolded. Little did I know that Sly is the person with the most inspiring success story in the history of ever.

In short, if you’re a person chasing your dreams…be it online business, music, writing, or any other personal development or professional development project, Sly’s story is something you can relate to – something that will fuel you for months if not years to come.

More than that, it will also keep you going in the time of doubt, regret, and even questioning your purpose in this world.

Here’s my version of the story as told by Tony Robbins during one of his somethings (the original video is around 9 minutes long, hence the title of this post):

Sly and his story

His whole life, Sly knew what he wanted to do. Since he was very very young he wanted to be in the movie business, period.

His goal was to inspire people and show then what they’re capable of and how to overcome unbelievable obstacles because in his own life, he felt like he did just that.

I knew why I wanted to do that and I wasn’t gonna settle for anything else. […] I was trying to get jobs, it didn’t work out really well. They looked at me and said “Hey, you’re stupid looking, do something else. There’s no place for you in that stuff, you’re never gonna be a star in the movies. You’re insane, no one’s gonna want someone who looks dopey and talks out the side of their mouth.”

I was thrown out more than fifteen hundred times of agents offices in New York.

One time he visited an office and stayed there until successful. He would not leave. He stayed overnight. The guy came back the next morning and Sly was still sitting there.

The guy said “Fine, come in here” and he sat down and gave Sly his first movie.

Well, what character are you playing?

I was in it for about 20 seconds, I was a thug that somebody beat up.

He finally realized it wasn’t working. So he changed his approach.

I was starving by the way. I couldn’t pay to even have heat in my apartment. My wife was screaming at me every day to get a job.

Cause I knew that if I got a job, I’d get seduced back and I’d lose my hunger. I knew that the only way I could do this if it was the only choice, as if I’ve burned all other bridges, cause if I got a normal job I’d be caught up in that rhythm and I’d feel okay with my life, so my dream would just gradually disappear.

I wanted to keep that hunger, that hunger that I thought was my only advantage

My wife didn’t understand that at all. We’d have these vicious fights. It was freezing, I was broke, we had no money. So I finally went to the public library one day cause it was warm. I didn’t want to read anything. So I went in, New York Public Library. I was hanging out there and I sat down in this chair and somebody left a book there. I looked at this book and there were poems, Edgar Allan Poe. I started reading it and I got totally into Edgar Allan Poe so I know everything about him.

He goes on for another 20 minutes telling about Edgar Allan Poe, he knows everything – how he died, what it was about, what really happened, and so on.

What did Poe do for you?

Poe got me out of myself. He got me to think about how I can touch other people, not worry about myself so much. Maybe decide I become a writer.

I was totally broke. I didn’t even have 50 bucks.

Finally, I sold a script. It was called Paradise Alley. It was a movie I made many years later but I sold it and I sold it for a hundred bucks. But a hundred bucks is a ton of money, and I was so thrilled. I thought I’m on my way, but it never led me to anything.

But the story doesn’t end there as Sly continues…

The one thing I loved most in the world was my dog. I loved my dog because he gave me unconditional love, unlike my wife.

So, what happened was, we’re so broke that to survive, I couldn’t even feed my dog.

Finally, this one guy negotiated with me and bought my dog from me, my best friend on Earth for 25 dollars. I walked away from there and I cried.

It was the worst thing that ever happened in my life.

Two weeks later, I’m watching a fight between Muhammad Ali and Wepner, this white guy that’s getting bludgeoned, but keeps on coming.

I got an idea.

As soon as the fight ended, I started writing. I wrote for 20 straight hours, I did not sleep. I wrote the entire movie in 20 hours straight. Right then, saw the fight, wrote the movie, the whole thing, done. I was shaking at the end, I was so excited, so I really knew, I knew what I wanted, I knew why I wanted it.

So I went out and started to sell it to agents, they all would read it and say “You know, this is predictable, this is stupid.” So I wrote down all the things they said, and I read them the night of the Oscars when we won.

The greatest revenge is massive success.

Oh my god! You must been out of your mind.

I was. I said just one thing though,

“Guys, you got the deal based on one thing.”

“What’s that?” They said

And they went “bffft.” They said “What are you talking about? You’re a writer.”

They wanted to have Ryan O’Neal play Rocky.

“No way, Ryan doesn’t know Rocky, I’m Rocky. We do this whole thing, right.” They said “Well take it or leave it.” I left the room. I said “If that’s what you believe, you don’t get my script.”

Here’s a guy with no money, none, totally broke, offered a hundred twenty-five thousand dollars, more money he’s seen in his lifetime and he walked away.

And he said they called him a few weeks later, even brought him back and offered him a quarter of a million dollars not to star in his own movie. He turned them down, 250,000 dollars. They came back and their final offer was 325,000 dollars. He said “Not without me.”

They finally compromised and they gave him 35,000 dollars and points of the movie. Cause they said “If this is gonna happen, then you’re going to take the risk with us and the bottom line is we don’t think it will work, but at least we won’t spend as much money on you.”

I went to that liquor store for three straight days and hoped the man with my dog frequented the store cause I wanna buy back my dog.

Third day I was there, this guy walks by and I see him and I can’t believe it, there’s my dog. And I looked at him and said “Sir, remember me?” The guy was looking at dog and said “Yeah yeah, I love the dog.” And I said “Look, I was so broke, I was starving, he’s my best friend, I’m sure you love him too but I gotta have him back, please. I beg of you, I’ll pay you a hundred dollars for the dog, I know you gave me 25 but I’ll give you a hundred.”

What did you do?

I knew my outcome, I take massive action and got my dog! I just kept changing my approach until I got him.

What did it cost you?

“Fifteen thousand dollars and a part in Rocky.”

And you know the dog in Rocky, Butkus? That’s Sly’s real dog. So he puts his dog in the movie, and he puts the guy in the movie.

The production of the movie was a million dollars.

It ended up grossing 200 million dollars when it was launched.

What happens next we all somewhat know. Sly rises to huge international stardom – he becomes the man we know today.

We can do whatever we want, guys.